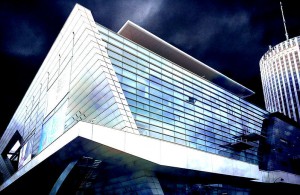 Want to enjoy your stay in Paris and attend conferences or theater events? By dropping your bags in our hotel near the Palais des Congrès, you will enjoy a central location in Paris, close to the Champs Elysées and the Arc de Triomph

First of all, it hosts throughout the year events organized by companies. In particular, there is a planned chemist event in July and the national congress of French cardiologists this year in mid-October. Large-scale shows are also held, such as concerts by international stars. On June 1st, diva Mariah Carey comes to play at Porte Maillot! Among others exotic performances, you can discover the Swan Lake performed by the Russian National Opera, or experience a trip to the heart of ancient China by attending Shen Yun 2019. Some of our occupants who opt for our hotel near the Palace of the Congresses remain music lovers or passionate about video games. Among the works on the bill, the Assassins's Creed Symphony and Kingdom Hearts Orchestra are respectively scheduled for June 29th and September 28th...

Located on the edge of Paris, the Palais des Congrès houses several amphitheatres. Among them, the largest can host more thant 3,700 persons. In addition to this, there are various conference rooms and a shopping arcade. Managed by Viparis, this center is not only a place dedicated to professional events and entertainment, it is also illustrated by its offer of high-end shopping and several restaurants. To get you started, you'llhave to choose between the delicious French sandwiches served as "Apple of bread", the coffees and succulent treats of "Starbucks" or the complete formulas of the restaurant "Goutu".

By taking the RER C, our travelers or businessmen join the event in less than 10 minutes. As for those who prefer to free themselves from public transport, they reach the Porte Maillot in fifteen minutes by car from our establishment (Paris 17th). The hotel Ampère reserves to all its boarders an out-of-common frame, perfectly incarnated by its terrace particularly pleasant to frequent during the beautiful days. Its air-conditioned rooms with refined decoration and its rich breakfast finish making it an ideal cocoon for the provincials and the foreigners in search of a hotel close to the Palais des Congrès of Paris !